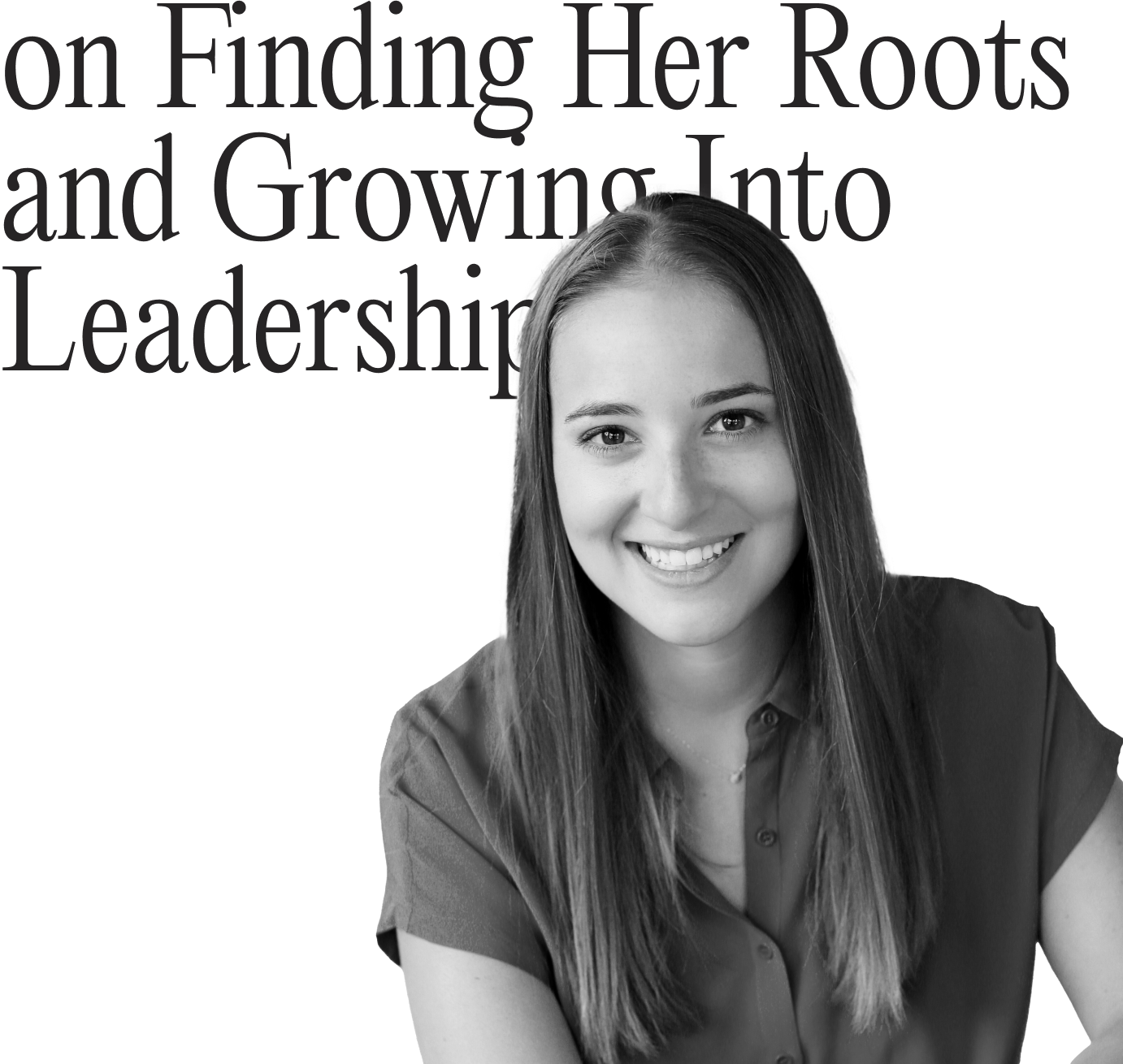 02
Be Your Own Startup
02
Second in Command, First in Expertise

Everyone who has worked from home knows the sometimes awkward 60 seconds at the beginning of a meeting where everyone comes trickling into the Zoom call. You have people just smiling into the camera, and others who (pretend to) do work open on another window.

The beginning of our Zoom call with Lauren Gambee was anything but that. Maybe it was because we were all casually Zooming from home, maybe it was the excitement around kicking off the new Women of Commerce series, or maybe it’s because Lauren works as the Senior Manager of People Operations and Employee Experience at the Sill– whatever it was, all three of us were bright-eyed and bushy-tailed on a Wednesday afternoon, ready to talk career, The Sill, and lightbulb moments.

Planting the Seed: Before The Sill

“I absolutely did not think I would work in people ops,” were the first words with which Lauren began the interview. “I actually really wanted to pursue marketing for restaurants, which I absolutely would not have enjoyed.”

Lauren kicked off her career by working at Nordstrom in the Retail Management Program. She worked on the women’s shoe room floor and worked her way up to becoming the assistant manager on a designer show floor. There was a team of ten on the designer floor, and six of them had worked at Nordstroms for upwards of 10, 15 years, “and all of them were at least 20 years my senior. I had been told they were harder to manage on the premise of them being such veteran employees.” So, Lauren immediately built a rapport with them.

“It was here that I learned I was really good at managing people,” Lauren says. “I learned that all these employees wanted was someone to help them sell, make their clients happy, and connect with customers. So I decided, okay, that’s what I’m going to do, support them. And I just loved it.”

From there, Lauren took on a role at a digital marketing agency, where she steadily worked her way up in the ranks. By the time she left, she was director of operations, where she oversaw all back end operations such as account management, financial accounting, and people ops. In this role, Lauren began to see her strengths and passions take shape. On top of the major business deals and management responsibilities that make companies operate and grow, high-level execs also craved someone to support them. And, Lauren found that she was really awesome at it.

I realized I had a really good intuition about people and what motivates them, how to find great talent, how to help them grow in their career, and how to just build a really strong, awesome culture where people really loved to work.

With her management experience, coupled with her natural intuition and newfound career path, Lauren decided to uproot herself from her job and move to New York where she began at The Sill. “[The Sill] was about 15 employees with two stores, and I was the first people [operations] hire. Obviously, there was a really strong brand, but there wasn’t really a culture. The values were in a book.”

Lauren’s job? Bring the words of the book to life by growing and cultivating an even stronger company culture.

Sprouting at The Sill

“When I got to The Sill, there was really no one in the people [operations] sphere. There was a lot of those transitioning, in-between supporting roles, but no one actually in people operations.”

I think when I see someone unlock their next level of potential, that’s what really motivates me.

Being the first person in any role is daunting, but with her past work experiences in her back pocket, Lauren recognized the opportunity she had to pave the way for a really special culture:

“I feel like what motivates me is seeing that lightbulb moment of another person realizing that they’ve grown, not just professionally but personally. I think the moments that I've had the most growth in my career have been more personal moments of growth, like getting over those hard things. Not just learning a new skill, but learning how to have a hard conversation with someone, for instance. I think when I see someone unlock their next level of potential, that’s what really motivates me.”

“Whatever you think people ops is, leave that all behind. Expect the unexpected. There’s so much you learn on the job, and a lot of it is letting go of what you think it’s going to be. The most important thing to remember is that every single moment is something you’ll use again.”

Grow What You Preach

“Internal marketing was so different at my past job, so coming to a company where it was so big was really great.” As a follower of DTC brands and influencers herself, Lauren understands the impact social media has on a brand’s image and voice.

“I’ve learned how powerful those eCom brands are and what that means. There’s a level of social responsibility that these brands now have, and you know, The Sill is not as big internally as our Instagram influence makes us seem. We have almost a million followers, which is a lot, but as a company we are about 72 employees, with a little under 40 of those being corporate team members.”

...you have to do the work internally first.

The Sill knows a thing or two about the amplification effect of social media. No matter how big or small, a company’s voice can run through the Internet current and get picked up in many ways– good, or bad.

When looking for attractive DTC brands online, “what I am looking for, and how The Sill has approached all of this is with the standpoint that we want to do things that are actually going to make change,” Lauren says, “I’ve been focused on the brands that are actually doing things and not just saying things. What’s happened over the past few months in 2020, with BLM, for instance, has brought light to how we treat employees and the types of businesses we work with; it’s really shed a different light on that importance.

“As a result, we’re focusing a lot on ourselves internally. I have been more focused on the brands who have said what they're doing internally as a business, because I think in order to actually have that show up to your customers, you have to do the work internally first.”

Q: In your current role, have there been any major pivots? Key moments of growth?

“I’m lucky to have this really great intuition about people, but sometimes it's really frustrating because I can see through when someone isn’t doing something that’s right..and honesty is a really big core value for me. I had to learn when I was young in my career that just because I felt something wasn’t right didn’t mean I could just bulldoze and be like ‘how do you guys not see this person is doing xyz?’”

“So, that was a big lightbulb moment because I think that led me to be successful in my role at The Sill: guiding our leadership team to make difficult decisions by bringing them data and facts, in addition to this intuition I have.”

Q: How has your workplace changed with the shift to remote work?

“We’ve always had this remote nature to us in some ways. Prior to COVID-19 we had the five retail stores in the city and on the west coast,” she explains:

“Supporting the entire organization meant that I was in constant communication with all of these different facilities (distribution centers, the corporate team, retail stores) and the way that i collaborated with all of them was virtual. For instance, I never met many California team members because we didn’t do a lot of traveling between locations.”

As a result, “in some ways, my team probably adapted the quickest because we already knew how to work remotely and do what we do, which is supporting teams. We were able to put into place norms and ways to work for our corporate team that would help them be successful, so I think the fact that we knew what we were doing allowed everyone else to get up and running. We actually found that our team has been more productive, and in some ways happier, with working remotely.”

“However, we're never going to be an entirely remote company because we are a retailer. But we’ve been able to adapt really well, and we’ve put a lot of things in place to make sure the team feels supported and can adapt to these new norms. I think a lot of companies try to plug in norms from the in-person office for remote work, and a lot of the times you can't do that and you have to recognize that. Most of the work we’ve done is recognizing that, and the company as a whole has recognized that as well.”

“Currently it has nothing on it! There’s some very nice planters where my plants used to be before leaving for quarantine. However, my bookshelf definitely has a few things. One of my favorite books right now that we're reading in a cross-functional team at work is called The Five Dysfunctions of a Team, by Patrick Lencioni, which I think is one of the best management books out there. It’s very simple and it's told in a fable. It’s an incredible resource that anyone can understand at any level, and it’s about what it takes to build a great team. And at the end of the day, it really starts with trust.

“Alongside that book, I have a lot of murder mysteries and about every Bachelorette contestants’ book that takes me an hour to read.” ‍

“We have a really big focus on growth– one of our core values, like our plants. We've been building out development programs with this leveling nature; they give people an idea of leadership, company culture, cross-collaboration, and expectations we have for you as you grow in your career, from coordinator to VP. We provide that transparently as they join the team.”

We have a really big focus on growth– one of our core values, like our plants.

The transparency of expectations regarding career and leadership is a vital piece of The Sill’s company culture, and one that Lauren has helped cultivate with these development programs:

“I measure success in how our team is growing; how many people we have, how many people we see go off to other things; and who continues to be a part of our business and be champions of us– ultimately, making a difference in their lives and helping them grow personally and professionally.”

Turning it back to herself and what motivates her, Lauren notes: “I need to ensure that I’m still learning as well.”

In her path to career growth, Lauren is most proud of the culture she has helped spearhead and develop at The Sill:

“Having career development and performance success programs at our size with just over 70 employees, plus having growth paths for every employee, from a distribution center all the way up to our VPs, is something that’s really rare. It’s also something I’m most proud of: a growth path for everyone.” 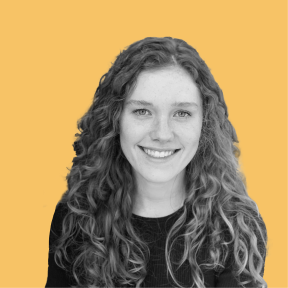 Written by
Abigail Shipps
Made by women.